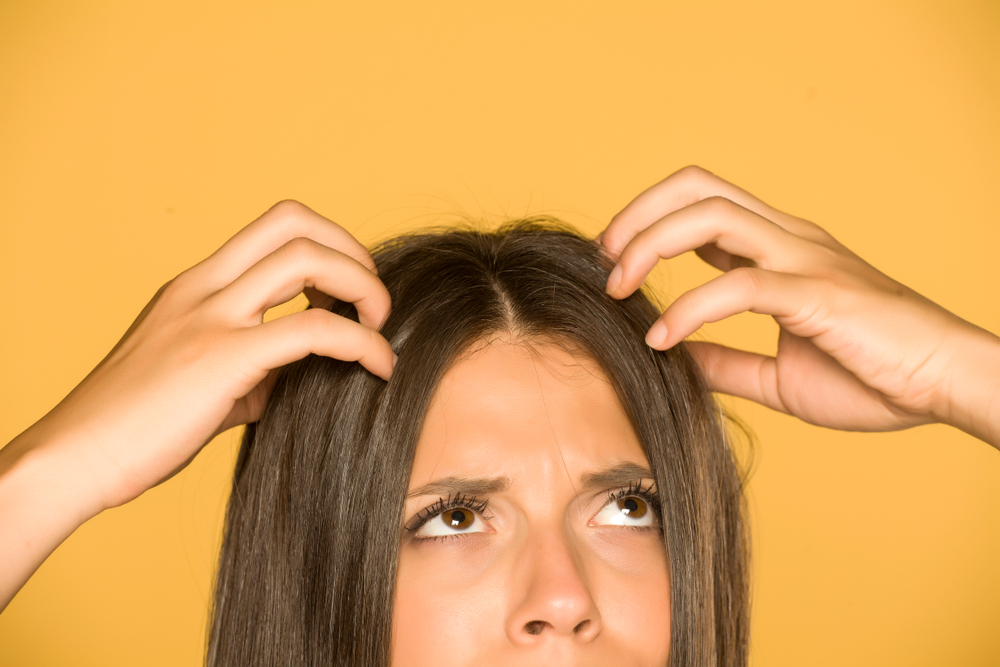 Have you ever stopped to consider that at any given moment, like this one in particular, there are multiple organisms living both on your person and inside you, too? It’s something that someone in the medical community is going to be aware of — and it’s normal — but put that to someone in the lay community, and they might react with surprise and/or disgust. They may well be ignorant of this knowledge, but they could also react with anger, and assume you’re implying they’re infected with some sort of parasite.

Maybe they’ll think you’re implying that they’re infected with some kind of sexually transmitted bug, possibly of the lice variety. Okay, okay … let’s not beat about the bush here, we’re talking about Phthirus pubis, more commonly known as pubic lice, and historically one of the most common sexually transmitted diseases (STD). As with all conditions of this nature it’s treated as a taboo, with people who are affected often feeling ashamed, and it’s also a subject often utilized for comedic effect, too.

Another parasitical condition that many people are afflicted by globally is Demodex, a genus of tiny mites that live in and around the hair follicles of human beings and other mammals. They don’t usually cause any particular symptoms except in rare and severe cases, and most people who have Demodex living with them (as it were) will likely not notice. Demodex folliculorum and Demodex brevis are the only two subspecies that can parasitize in the human eye, with D. folliculorum most commonly found in eyelash follicles, whereas D. brevis colonizes the sebaceous and meibomian glands.1

Be Careful if You Flutter Your Eyelashes

So, we have one parasite that is treated with shame and contempt — and most people would rather a number of horrifying things would rather happen to them than be infected with Phthirus pubis — and on the other hand, one with no accompanying social stigma. What’s of particular note to ocular health is that while Demodex is most commonly encountered in the eyelashes of patients, the presence of Phthirus pubis in the same area is less documented. So, naturally, this makes it a subject that’s perfect for some of Media MICE’s more demented writers.

We’re talking rare like a good steak or a Siberian tiger: Presentation in the eyelid is rare, and unilateral infestation is extremely rare, but like almost everything in medicine — it is possible. Infection in the eyelashes is rare too, and may occur manually from infested body hair or during sexual contact. Indirect transmission through clothes or towels contaminated with nits is less frequent.1

The co-infection of both Phthirus pubis and Demodex wasn’t just poorly documented, it wasn’t documented at all … until now. Thanks to a group of researchers based in mainland China, we have the First Case of Phthirus pubis and Demodex Co-Infestation of the Eyelids: A Case Report.1 It’s not often that we get to receive a case report on an infection or condition that’s completely new to us, so this was exciting.

Our case report begins with a 48-year-old woman who presented to a hospital with itching and burning in her right eye for two weeks, combined with what was described as a “black secretion.” She did not have a specific ocular, chronic or immune disease, and her best corrected visual acuity was 20/20. So, the initial examination seemed somewhat puzzling — until the doctors went in for a closer look and found something that would fit right in with a late 1980s horror film.

Imagine Zooming in Too Far

A slit lamp examination revealed over 300 translucent ovoid nits and over 20 live adult Phthirus pubis firmly attached to the base and shaft of eyelashes in her right eye. Dry blood and feces were observed as granular and dark dots on the eyelids which the doctors involved in her treatment said accounted for the black secretion (nice), and lid margin vascular engorgement and mild hyperemia were observed in the conjunctiva. Other than that, there was a mild punctate defect on the corneal epithelium — all around a lovely combination of symptoms.

Mechanical removal of the lice and nits was attempted but failed as they were numerous, so as a result the eyelashes of the affected eye were trimmed with scissors. The conjunctival sac was irrigated and the lid margin was disinfected with compound iodine by a disinfectant cotton swab. However, when she returned to the hospital after two weeks, she still complained of discomfort in her right eye.

As a result, the lid margin around the roots of the eyelashes were scrubbed by a sterile cotton-tipped applicator saturated with 25% tea tree oil daily, and the eyelids were heated with a wet towel at about 40–45 °C twice per day for two months. We’re happy to report that at the three-month follow up the patient experienced no problems whatsoever.

And as they say, one parasitical infection cured is better than two in the bush … I mean eyelids.

Protecting Sight in Some of Asia’s Poorest Communities